Remember You Are The Light Of The World 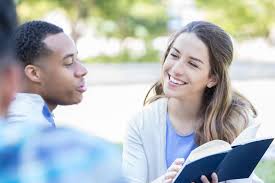 – Remember You Are The Light Of The World

You are an example for others to follow. At least that’s how God sees you and expects you to act every day. As a pacesetter, as a guide; as light. Light leads for others to follow. It shows the path. And so there must be something in your life that shows people how to live rightly for and before God. That’s what He meant in verse 16, “Let your light so shine before men, that they may see your good works, and glorify your Father which is in heaven”.

Something has to be different about you that would bring others to the priceless knowledge of God. Look at it this way: Scientifically, the Sun- which is the most prominent star –is the light of the world. It grooms the earth and keeps it in warmth. But notice something more peculiar: it shines at all times it is meant to. It doesn’t matter if people mock it, it will still shine there. Whether it is insulted or ignored, it doesn’t take a break; it still shines. Because it shines not on the basis of what people think, say or do, but on the basis of what it is designed to.

That’s what Jesus was talking about. Remember, He is called the Sun of righteousness (Malachi 4:2), and in Him we have received the Morning Star- the brightest of all (Revelations 2:28). So, in His light, we have a similar responsibility to the actual sun as Jesus did as it relates to mankind. The scripture said of Jesus that a bruised reed He would not break and the burning flax He would not quench (Isaiah 42:3). In other words, Jesus responded at all times not by how people acted, but by what He was purposed to do. They hurled insults at Him and crucified Him, yet He prayed for them and forgave them. Thus, it wasn’t just about dying, but how He let Himself die without hating anyone for it. In essence, He lived in response to God’s will, and not men’s actions.

And that’s what God expects of us- because that’s what defines us: not how men act towards us, but how we react in the poise of His light; and His Spirit of light can help us do so. You see, light shines even in the darkest of places. It is never so offended that it refuses to. Jesus said if we love only those who love us, then how are any better than the heathen? (Matthew 5:46-47). Hence, we must be good to all, whether they deserve it or not, because in Him we are good (v.44). It is how we are designed in Christ, and how we must live. “For ye were sometimes darkness, but now are ye light in the Lord: walk as children of light” (Ephesians 5:8).

I’ve got the light of God in me, and by I illuminate my world with His knowledge and kindness. People see me, and desire to know God and to follow Him. I add value to the lives of those around me, and replenish those that have been depleted by the harshness of life. Yes, like a city on the hill, I reveal the glory of God to men; shining bright for all to see, that He alone may be praised. Glory to God!