How Faith and Perseverance Led to Foster Care in Mexico 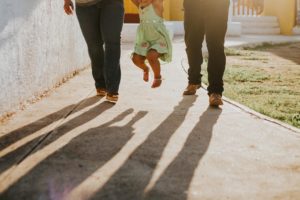 Lola* was just five months old when she first came to the orphanage in Chihuahua City, Mexico. At a time when most babies are cooing and giggling from affectionate games of peek-a-boo, Lola was already emotionally and psychologically scarred, struggling from the effects of extreme neglect. Over the next three years, there was little change for Lola, as the stable relationships she needed for healthy development were not met in an institutional setting. Simply put, Lola was suffering from the lack of a family. At 4 years old, Lola was finally adopted, but because the family was not equipped with the right training and support systems to meet her special needs, Lola was returned to the orphanage just three weeks later. There are 1500 children in Chihuahua City living in orphanages. Many, like Lola, have been removed from their family due to abuse or neglect, and until 2016, the only legal recourse for these children was institutionalization.

Soon after moving from Colorado to Mexico in 2008 as missionaries, Chris and Heather Nickerson felt their hearts break for the children of Chihuahua City. In their after-school program, they saw too many kids who were abused or neglected with no safe place to go. Several years later, and not aware of other solutions, it seemed clear to the Nickersons that they should start an orphanage. As they made steps toward that goal, God revealed he had something better in mind – family-based care.

In 2013, Chris attended the Christian Alliance for Orphans (CAFO) Summit where he met Phil Aspegren, executive director of Casa Viva in Costa Rica. At the time, Chris was excited to talk about his work with the ethnic Tarahumara people and the great need in Chihuahua City to care for vulnerable children. He told Phil about the funding they had secured from U.S. donors and the strides being made toward establishing an orphanage.

Graciously, Phil asked him to reconsider, taking time to explain the God-given role of the local church in raising up local families to care for children in crisis. By educating and mobilizing local churches, Phil explained, families could be equipped and trained to care for vulnerable children, giving them the opportunity to experience the love of Christ through a family. After years of running their own orphanages, this was the model Casa Viva had been implementing in Costa Rica for the previous 8 years.

This approach resonated with Chris and aligned with Scripture. Over time, he and Heather learned about the limitations of the orphanage model. Study after study yields similar outcomes for children in orphanages. No matter how good an orphanage’s intentions, they cannot fill the deep need of a child to be cared for within a family. But moving toward family-based care was complicated on nearly every level. It meant current donors would need to be informed of the new direction, financial support for the foster care program raised, and relationships with additional local churches and families established. But one particular challenge appeared insurmountable: a legal framework for foster care in the state of Chihuahua.

“He who began a good work in you will carry it on to completion…” Phil. 1:6

Alejandra Carbajal was a dedicated teacher who worked with Chris and Heather in the after-school program. By now, Chris and Heather were in full pursuit of family-based care in their ministry, which they called Familia LightShine. Chris believed that Alejandra’s background with the National System for Integral Family Development (DIF), the Mexican child protective services, combined with her expertise and skills would be perfect for directing this new work. “In every circumstance, it’s absolutely best for there to be a national who establishes those relationships with the government.” Chris explained, “Even if you’re perfectly fluent and understand the culture, there’s just a tremendous difference. It changes the equation.”

Two years went by, marked by countless meetings and phone calls with government officials, yet Familia LightShine still lacked the government’s support to start a foster care program. One day Alejandra’s shoulders slumped as she entered the office. “Maybe it is time we quit,” she conceded. Exhausted, Alejandra wondered, did these dead ends confirm it just wasn’t God’s timing? Would the government ever allow Christian family-based care?

This experience is common. In fact, because partnering with the government seems overwhelming, it’s not unusual for faith-based organizations to set up alternative solutions to care for at-risk children. Though these substitutions may seem more expedient or convenient, they’re ultimately short-sighted and can form a weak foundation. Taking time to build relationships with government officials ultimately produces the greatest long-term value for the benefit of children.

For Alejandra, continuing to lobby the state of Chihuahua to change their state required faith, patience, and perseverance. In the end, it was nearly a five-year process for Familia LightShine to gain approval from the government to start a foster care program. However, by that time, the state government was convinced of the need for family-based care and, because of the relationship they had with Alejandra, she became a trusted advisor on family care, including her as they drafted their foster care legislation and policies.

In 2017, Familia LightShine signed an agreement with DIF that they would be responsible for recruiting, training, and supporting foster families from the local churches as part of the government work to transition children in orphanages into family care. Two years later, the Familia LightShine foster care program has not only expanded in Chihuahua, but was launched in the state of Durango.

The relationships forged through this process have been transformational for all involved. Government officials have been empowered to pursue excellence in care for children. Some officials have even become Christians through their relationships with Familia LightShine. Foster families, too, are experiencing God’s blessings as they have opened their homes and hearts to children. But without a doubt, the greatest transformation has been experienced by the children themselves, as they feel the love of a family to heal their hearts and bring them hope.

When Lola was returned to DIF, a foster family was waiting for her. Through Familia LightShine, the foster family received specialized training and knew how to care for children who have experienced trauma and grief. They were also given access to personal support and counseling from a social worker and psychologist who committed to being there for them, day or night.

To say it was easy, is to minimize the magnitude of what God has done. Through the grace of God and love of her foster family, Lola is beginning to heal and make strides in healthy development. Gradually, she is learning to trust in people again and know what it is to love and be loved. When Lola eventually enters into the adoption process again, she will be ready to open her heart to a family and receive their love in return.

This publication was made possible through the generous support of the American people through the U.S. Agency for International Development under Partnerships Plus cooperative agreement number 7200AA18CA00032, funded September 28, 2018, and implemented by JSI Research & Training Institute, Inc. The contents are the responsibility of the Faith to Action Initiative a project of Tides and do not necessarily reflect the views of USAID or the United States Government.

The post How Faith and Perseverance Led to Foster Care in Mexico appeared first on Faith to Action.

The Angry Tears I Shed

3 April Fools Day Stories that will Shock You