First Steps Into Forever (Part 1): Out of the Ordinary 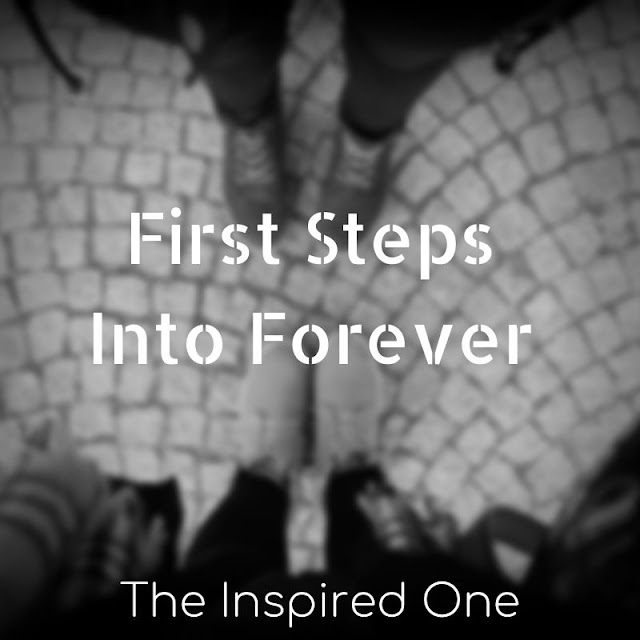 Alisa was taking her usual route to work, stopping by the coffee place a few blocks down before continuing to the large office building where her cubicle awaited her, when she noticed something out of the ordinary—rather, someone out of the ordinary.
She didn’t make eye contact with the man, but just ordered her latte with extra whipped topping.

She turned around to find the man that she was intending to avoid that morning. She thought he was handsome, he looked smart, but she did not have time for any man in her life.

“I’ll buy,” the man handed the woman his credit card.

“‘Don’t have time for small talk, so could we pick this up later?’ Darling, I’ve heard it all. If you don’t want to talk, just say so,” he said, very politely.

She was stunned. “No. I’m really about to run late. I walk to work every morning, so I don’t have long to get my drink. If I knew I was going to meet someone beforehand, I would have left earlier.”

“So, you’ll leave earlier tomorrow then?” He grinned.

She quickly thought it over. “Yes.”

“It’s a date.” He smiled and walked back to his table, where he was reading a book.

She looked closer at the book. “Going Nowhere”? What kind of title is that? She chuckled, grabbed her drink, and walked out.

As she sat in her cubicle, she wondered who that man was. What was his name? She never asked, but he also never asked for hers, either. He was definitely a mystery . . . one she didn’t have time to solve!

She turned her attention back to her computer and started writing her article for Insight Magazine. About twenty minutes into it, she noticed her writing had changed from her professional writing that she had been perfecting for years, to a few paragraphs that sounded like they came straight out of a teenager’s diary.

He was so dreamy. Literally, I felt like I had stepped into a dream and wanted to stay there forever with Mr. Latte. He was the most handsome man I had ever seen. I feel like I’m in love. I can’t wait for our breakfast date tomorrow. I’m just now realizing how early I’ll have to get up. I’ll need to have time to do my hair and my makeup, and then I’ll need to have time to actually be with him and… I hope it all works out. He could be the one…

She was about ready to throw up when she read her last paragraph. “Did I write that?” she quietly asked herself out loud.

She continued on with her day without writing another word about the man, or at least attempted not to and erased the words.
~ ~ ~
Hope you enjoyed part one of this trilogy of parts! Wrote this a while ago and recently found it again and thought it was a fun little thing to share.
~The Inspired One

The Colors of Levi